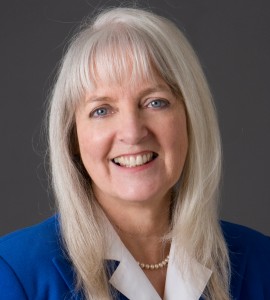 Barbara and her sister Joan grew up as the daughters of a career military officer and lived throughout the world.  Barbara spent her first three years in school outside of Tokyo at Tachikawa Air Force base and junior high school in Madrid at Torrejon Air Base.

After graduating from college, she married and reared two children.  When her sons were in school, Barbara began a career as a journalist writing for women’s magazines such as Ladies Home Journal, Woman’s Day, McCalls, Family Circle and Redbook.  Later she wrote for business publications including The Wall Street Journal.  As an on-camera reporter for an ABC affiliate, Barbara covered consumer, health and safety issues. She worked in corporate marketing before founding a marketing company in 1990.

Several years later, Barbara went back to school to obtain her MBA at the Anderson School at UCLA, where she now lectures.  Upon graduation in 1995, she teamed up with one of her classmates to form Centurion Consulting Group.  Her area of expertise is marketing and communications. Eight years later, she and her partner started a second company, MarQuant Analytics, which provides marketing allocation analytical tools and services for Fortune 500 companies.  The two split their businesses in 2009.

She is the author of the book: The Marketing Success Book.

Barbara has been a frequent speaker at national, state and local conferences. She continues to write, contributing to industry publications. Barbara holds a black belt in karate and taught self-defense at Mount St. Mary’s College in Los Angeles for over 10 years and karate to children at the Beverly Hills Karate Academy.

Barbara was a board member of the Orthopaedic Hospital Institutional Review Board for seven years, Chairman of Reading is Fundamental of Southern California and the past president of her former homeowners’ association in Bel Air, California.

Then her sister passed away.